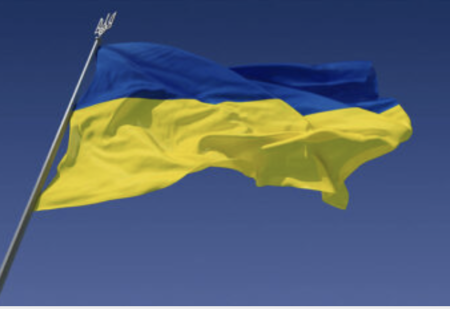 The Foundation for Cultural Inventory is shocked by the Russian invasion of Ukraine, as are many colleagues in Russia.

They have issued a statement expressing their disgust at the war and demanding to end the war.

We, artists, curators, architects, critics, art historians, art managers – representatives of culture and art of the Russian Federation – initiated and sign this open letter, which we consider insufficient, but necessary action on the path to peace between Russia and Ukraine.

On February 24, 2022, the Russian Federation launched a sudden, aggressive, and open military offensive throughout Ukraine. The reason for it was declared “protection of the inhabitants of the DPR and LPR”, while military operations are carried out throughout Ukraine and in its large cities: Kyiv, Lvov, Kharkov, Odessa, and others. Among the residents of these cities are many our relatives, friends, acquaintances, and colleagues. We demand that this war with Ukraine, a sovereign and independent state, which has been going on since 2014, be stopped and that negotiations be started with it on a respectful and equal footing.

The war in Ukraine is a terrible tragedy for both Ukrainians and Russians. It entails huge human losses, jeopardizes the economy and security, and will lead our country to complete international isolation. At the same time, it is absolutely meaningless – any enforcement of peace through violence is absurd. The pretext under which the deployment of the “special operation” took place was entirely constructed by representatives of the Russian authorities, and we oppose this war being waged on our behalf.

Now, first, we are concerned about the fate of Ukrainians, their lives and safety!

However, on behalf of the professional community, it is also important for us to say that the further escalation of the war will result in irreparable consequences for workers in the arts and culture. This will take away our last opportunities to fully work, speak out, create projects, popularise, and develop culture, and take away the future. Everything that has been done culturally over the past 30 years is now at risk: all international ties will be severed, cultural private or state institutions will be mothballed, partnerships with other countries will be suspended. All this will destroy the already fragile economy of Russian culture and significantly reduce its significance both for Russian society and for the international community. It will be almost impossible to engage in culture and art in such conditions.

We, artists, curators, architects, critics, art critics, art managers – representatives of the culture and art of the Russian Federation – express our absolute solidarity with the people of Ukraine and say resolutely “NO TO WAR!”. We demand an immediate stop to all hostilities, the withdrawal of Russian troops from the territory of Ukraine and the holding of peace talks.

A general petition against the war in Ukraine is signed more than a million times: